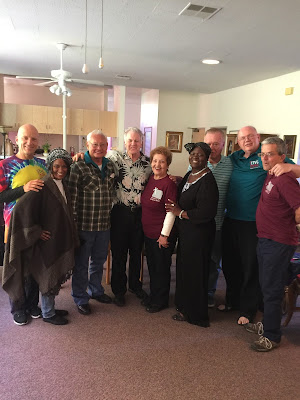 Servants of the Father of Mercy team photograph, Sunday, May 28, 2017 at our annual retreat: Fr. Jim Clarke in the center along with Chris (left), Brandi, Vern, Maggie, Carol, Kevin, Steven and John. Taken at Siena Prayer Center on the feast of the Ascension!
Posted by Sons Shall Prophesy at 4:31 PM No comments:

These celebrities were once homeless . . . 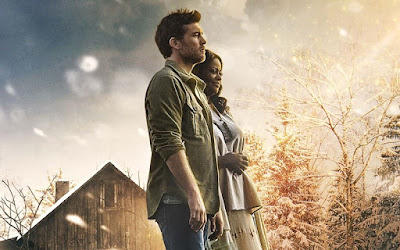 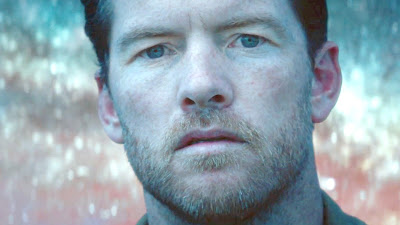 Sam Worthington - Star of The Shack
At the time of auditioning for the Avatar, Sam Worthington was living out of a car -- one that he had bought after selling all his worldly goods.
Steve Jobs
It's hard to imagine that the late Apple mogul once slept on the floor of a friend's dorm, but he did. Jobs used to collect discarded bottles from trash cans and sell them to make money for food and lived off charity meals at the Hare Krishna temple.
Hilary Swank
Hilary Swank's parents divorced when she was 13, leading her and her mother to decide to move to Los Angeles for her acting aspirations. They lived out of their car and booked auditions over pay phones until they scraped enough money to get an apartment.
Daniel Craig
James Bond star Daniel Craig went through some tough times and had to sleep on a park bench in London as a struggling actor.
Charles Chaplin
Charlie Chaplin made us all laugh through his iconic films. But his life was less than perfect. He spent a great part of his early life in poverty and hardship, even homeless, living on the streets of London following his father's death and his mother's mental breakdown.
Halle Berry
At the age of 21, the Hollywood’s leading lady lived in homeless shelters as she tried to pursue an acting career in spite of her mom's disapproval.
Jim Carrey
When Jim Carrey's mother became seriously ill, he had to drop out of school at age 16 to care for her. Times were tough and his family was forced to live out of their VW bus.
Sylvester Stallone
Hard to believe but true, after being evicted from his apartment, Sylvester Stallone was briefly homeless and turned to sleeping in New York City’s Port Authority bus terminal.
William Shatner
After "Star Trek" went off air in the late '60s, William Shatner found himself living out of his pickup truck looking for work and hoping for better days.
David Letterman
Shocked? Don’t be. The great TV show host wasn’t always as successful as he is today. When he first made the move from Indiana to Los Angeles he had to live out of his Chevy pickup truck for a while.
Drew Carey
When he was 18, Drew Carey found himself homeless in Las Vegas while trying to make his way to California. The young man, filled with dreams and determination, even sold blood plasma for money and asked around for spare change to buy boxed macaroni and cheese.
Kurt Cobain
The late Kurt Cobain was homeless for a time in Aberdeen, Washington, and is known to have lived under a bridge and slept in hospital waiting rooms.
How does that change your perception of success?
Posted by Sons Shall Prophesy at 9:55 PM No comments:

Proof of the Afterlife 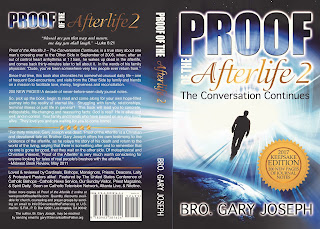 Coming to Amazon.com and a bookstore near you soon, "Proof of the Afterlife 2."  The new Proof of the Afterlife is filled with 200 never-before-seen journal notes - pages packed with tales of God-encounters, insights and angel visitations from the other side.
Posted by Sons Shall Prophesy at 10:06 PM No comments:

May Crowning at the Servants of the Father of Mercy 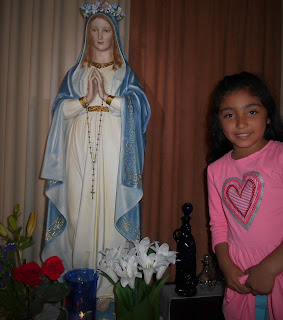 The month of May arrives at the Servants of the Father of Mercy with dear Sarah crowning the Blessed Mother yesterday.  Our homeless brother Rick joined us and was guest of honor.  Angela Chavez, family, niece and friends made it over too all the way from Santa Paula.  Monica Rocha and Tony brought the children.  You will see Tony Jr. and Adrian aka little pepino playing the piano and singing in the band.
Posted by Sons Shall Prophesy at 9:39 PM No comments:

Servants of the Father of Mercy, just like Domino's Pizza, "We Deliver!"  Love, hugs, food, water, clothing, soaps, shoes, rosaries, prayer cards and more to 80,000 + homeless in So Cal the last Saturday of each month.

Serving the poorest of the poor with urgent and critical supplies, homeless that live remotely under bridges, in alleyways, forests and on our city streets from Ventura to Los Angeles and Anaheim/Disney to Palm Springs.