It’s a beautiful day in the neighborhood! Serving 80,000 homeless living on the streets of Southern California! 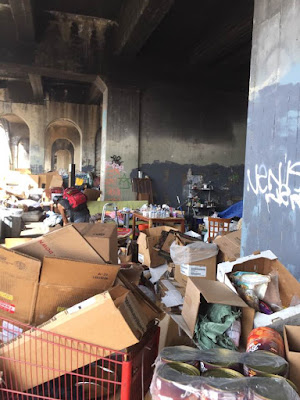 Posted by Sons Shall Prophesy at 4:16 PM No comments: 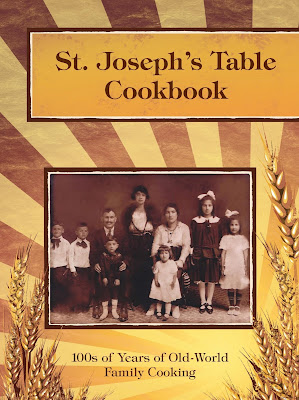 ORDER YOUR COPIES FOR CHRISTMAS GIFTS NOW WHILE SUPPLIES LAST!

IT'S A FUNDRAISER FOR OUR NEW HOMELESS HOTEL & CONFERENCE CENTER
THE ST. JOSEPH'S INN

The title suggests hundreds of years of old-world cooking. However, in actuality this cookbook touches upon thousands of years of ancient recipes and ingredients still used today by chefs in restaurants and those creating every-day family cooking at home. In the opening chapter “Appetizers” connect with the fact that we are still smashing and blending guacamole just about the same way the Aztecs and Mayans did hundreds of years ago. Also, the recipe for hummus has been traced to ancient Egyptian records that show the humble chickpea as crushed, pulverized and eaten for thousands of years.

Most interesting is the chapter on “Breads”. Why? This wholesome food has always been the “staff of life” tracing as far back as 4,000 BCE. Bread making can be traced, understood and continues to inspire us from many ancient writings of the Bible - Old and New Testaments as well as other non-Biblical but historical works. In the tab on “Breads” check out the fact that the ancient street vendors of Rome sold Castagnaccio, a flatbread made from chestnut flour and topped it with roasted pine nuts. You will discover other ancient street vendor foods made today like zepoles San Gennaro-style and other focaccia flatbreads topped with olive oil, rock salt and rosemary.

Lastly, the modest bean has been known to be a standard in cooking for thousands of years. You will discover its varied use throughout this cookbook from European and Asian to Mexican cuisines. Be sure to read up on “Lupini Beans” and their importance today. The beans are the yellow legume seeds of Lupinus genus. They are traditionally eaten as a snack food after being pickled in a saltwater brine. Lupinis are primarily known in the Mediterranean basin. FYI, the beans are the highest in protein and lowest in carbohydrates among the legumes family. The bean is extremely bitter unless rinsed methodically for ten days and stored daily in the saltwater brine. Roman street vendors sold Lupinis with beer similar to snacking on Edamame (edible soybean) and Saki in modern-day Asian restaurants.

I hope this cookbook will inspire you to connect further with our rich old-world culinary cultures that have so much to offer your family and friends by way of nutrition, taste, flavor, color, texture, fun and community. If you do not understand a term or something else in the cookbook, remember, there is always Google just waiting to help you. Want to know more about how to role, fry, buy, dice, whip, bake or make something? Don’t hesitate to go to YouTube. More than likely someone has posted a 3 to 5-minute video to help you! Can’t find an ingredient in your local market? Amazon.com has it and will deliver to you within 48 hours! Prayers and Blessings! Bro. Gary Joseph, s.F.m. 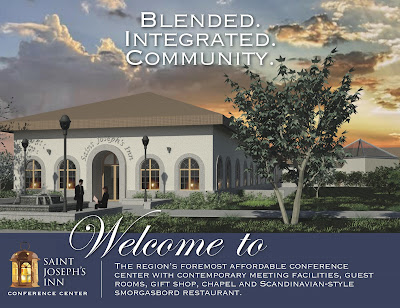 Posted by Sons Shall Prophesy at 2:12 PM No comments:

Le Me Be The One You Run To!

Mercy Homeless Productions Presents the Tenth Movie Short of 2017 in its Series "One Life":  "Let Me Be The One You Run To!"  "Live Love" - join our team our donate to help serve food, ice water, clothing, love, hugs and more to 80,000 + homeless in So Cal and beyond.  Online at www.ServantsoftheFather.org and "Like" us on Facebook "Servants of the Father of Mercy, Inc."


Posted by Sons Shall Prophesy at 8:53 PM No comments: 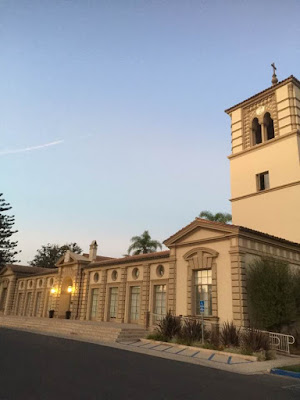 This evening's photo from the front doors of St. John's Seminary in Camarillo, California. Speaking here tonight sharing the story of the Servants of the Father of Mercy work serving the homeless - 80,000 + in Southern California.
Posted by Sons Shall Prophesy at 10:03 PM No comments: 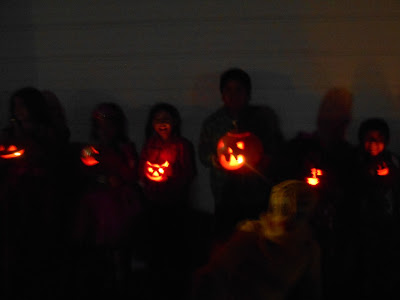 Here is a kid’s pic from the pumpkin carving contest last year. What a fun time celebrating the saints and souls of the Church!  This year mark the date for the whole family, Fri. Oct 27th 6pm to 9pm.  Pizza party, treats, pumpkin carving, musical chairs "When the saints go marching in . . . " and lots, lots more of kindly costumes and fun!