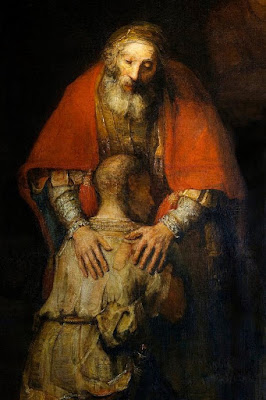 Posted by Sons Shall Prophesy at 2:56 PM No comments: 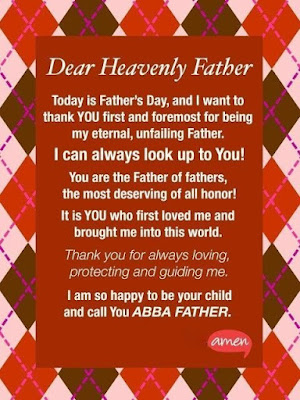 Today is the Feast Day of the "Servants of the Father of Mercy."  We celebrate or Patron, God the Father of Mercy with thanksgiving in our hearts, with joyful songs and hymns!
Posted by Sons Shall Prophesy at 12:28 PM No comments: 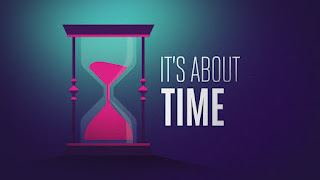 Do the math so that you may understand the earth is on God's time, not the way we calculate time!

Sometime between now and 2023, Christ returns for His Bride, the Church. Then the remaining powers here on earth spiral out of control. That will last for 7 years, until 2030. World leaders hungry for dominance are left behind, escalate evil and they partner with the enemy, evil dominions and principalities in high places.

Coincidentally, the year A.D. 30 is the exact year that Christ proclaimed himself Messiah in a synagogue on his first day of work proclaiming the Good News. (On God's calendar, in year 2030 we are 3 days into His time.)

However, instead of ascending to power he was rejected and crucified. Former atheist, author and Methodist pastor, Howard Storm in his near-death experience (1985) testifies, "The angels spoke to me saying, 'the earth is the only place in the entire universe that rejected its Creator when He paid a visit to each inhabited world.'"

So, nothing is accidental in God’s universe. Everything he does is clothed in metaphor, meaning, mystery and often secrecy to confound the proud, the powerful, haughty and those that think they are wise.  Also, he does this in order to avoid giving away future secrets and events to the enemy.

The Bible tells us that the Bride, the Church will be caught up into the clouds when Jesus returns (sometime between now and 2023) along with all those saints who have gone before us. Paul taught that not all Christians will die, some who are alive will be caught up into the sky on the day of Christ's return and changed into a glorified body in the twinkling of an eye.

Christ will wait a few short seconds (His time) to take his triumphant walk into Jerusalem.  Not on a donkey, but in radiant glory, power and might. His reign begins shortly after the battle of WW3.  Between 2024 and 2030, armies using high-tech weapons will descend on the Mid-East and try to destroy the remnant of Israel that sill believe in Yahweh, the God of the universe and those that support her.

Now, Jesus puts a stop to the annihilation and then sits on the throne of his dominion for 1,000 years from Jerusalem.  The saints will walk over the ashes of Israel with him as he triumphantly marches to power through Jerusalem's Golden Gate.  The gate that Suleiman the Great sealed off hundreds of years ago as an attempt to prevent a Jewish Messiah from walking through it.

After Jesus reigns for 1,000 years (a day in his time), God the Father permanently seals away the enemy for eternity and creates a new heaven and new earth for all those who love Him.

And as it was in the day of Noah, there will be scoffers to this message. Then destruction and ruin will descend suddenly upon them without warning.

What then should we do?  While we still live in a time of mercy, cry out to God, repent, turn your life around and you and your household will be saved.  That is what Peter tells us in the book of Acts.

Lastly, a message to haters.  You are loved!  Please post your anger and concerns so that your brothers and sisters in Christ know who you are and we can pray for your conversion.

Why this post now?  "Because Inquiring Minds Should Want to Know" . . .

Author, Proof of the Afterlife 2 (My near-death experience testimony after being dead of a heart-attack for thirty minutes in 2005 where I met shielded behind a gray screen God the Father and Jesus Christ.  Proof of the Afterlife 2 contains both book one and two in one volume. Available at Amazon in Kindle and Hardback. Both published by Mercy Books. All proceeds of the book, 100% goes to helping 80,000 + American homeless we serve.)
Posted by Sons Shall Prophesy at 5:02 PM 2 comments:

Servants of the Father of Mercy, Nineteen Years Serving Our American Homeless Family 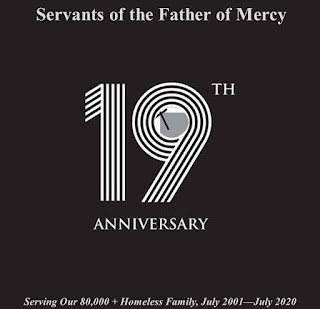