Miracle of the Rosary 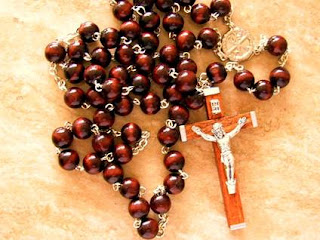 Rosaries first appeared in the ministry to our homeless family in 2008 after a mysterious package of rosaries appeared at our P. O. Box in Los Angeles just 3 days after it was opened.  The rosaries had been sent many days earlier by an elderly woman shut-in who said "I found your address in a Catholic newspaper!" (Impossible!)

Since that time, Our Lady of the Rosary Makers (San Leandro, CA - Seattle, WA - Alaska, Myrtle Beach, SC, - Calgary, Canada and Santa Barbara, CA) have delivered more than 20,000 rosaries over the past 10 years to our Servants of the Father of Mercy 80,000 + homeless family in Southern California and beyond . . .
Posted by Jesus was Homeless at 7:19 PM